Go Back
1 review(s)
€14.51
Facebook
E-Mail
Print
Reviews
There is no reviews yet
Charles Ocheret
Good quality! Super fast delivery. Thank you a lot :)

The stability of the power unit is directly related to the good condition of all components of the ignition system.

The ignition BREMI brand Distributor Cap is a removable element of the ignition distributor located in its upper part. The design of the cover assumes the maintenance of contacts through which high-voltage current flows to the spark plugs. The cap protects the mechanism from dirt.

The principle of the distributor cap work

As part of the ignition system of a gasoline engine, a device such as an ignition distributor or simply a distributor is used. Its key element is the distributor cap - a device whose main task is to distribute current to the candles. This is done in a strict order, according to the order in which the cylinders are fired.

The cap means the removable upper part of the distributor, under which the rotor is located. However, this element is necessary not only for the transmission of current, but also to protect the distributor from various contaminants and, for example, moisture. 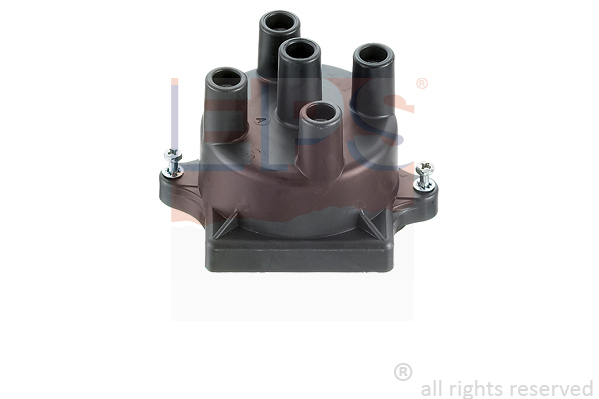