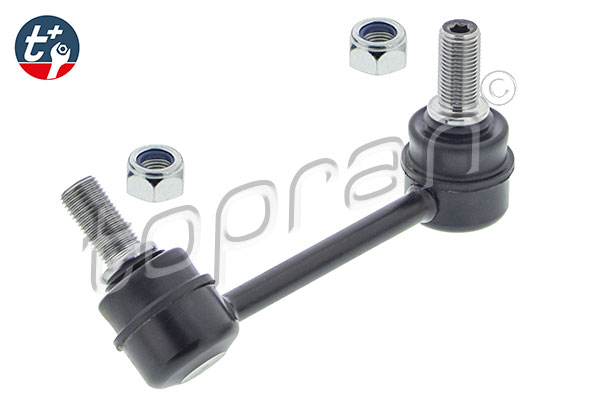 Go Back
1 review(s)
€13.73
Facebook
E-Mail
Print
Reviews
There is no reviews yet
Charles Ocheret
Good quality! Super fast delivery. Thank you a lot :)

The stabilizer is needed to reduce the horizontal roll of the car body when cornering and various deviations in the horizontal plane. The stabilizer strut provides a movable connection between the elastic stabilizer and the hub or steering knuckle due to the existing hinges. Depending on the design of the suspension, the struts can also be different.

The TOPRAN brand Rod/Strut, stabiliser is one part of the chassis used to provide lateral stability to the vehicle body.

The construction of the stabilizer strut

The stabilizer strut is small in length, usually from 5 to 25 cm, hinges or silent blocks are welded to it. It is attached to the main elements (stabilizer and steering knuckle) with a threaded connection. A boot protects the hinge, and grease is put inside. There are many rack options and this is dictated by various design requirements. Symmetrical (installed on either side, either end up), asymmetrical (right and left, hinges are attached at different angles). The rear struts, unlike the front ones, are not symmetrica 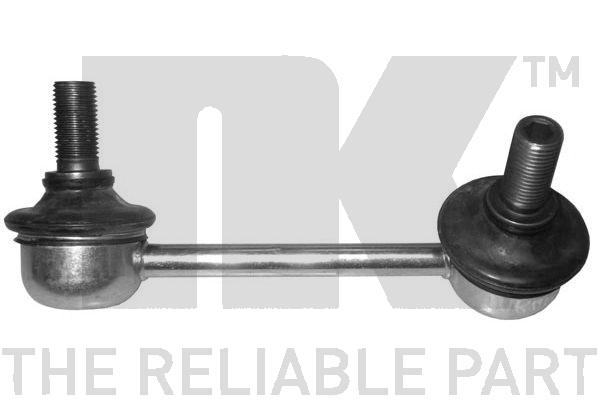 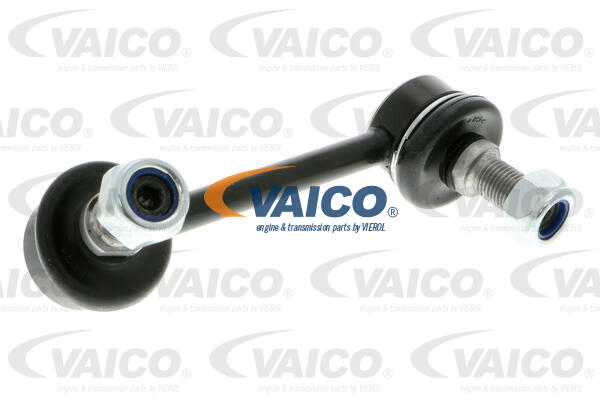 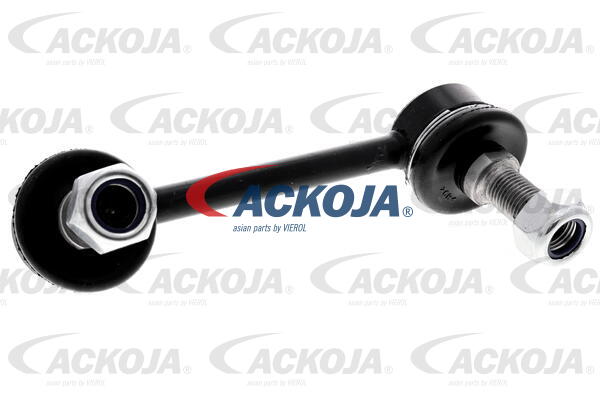