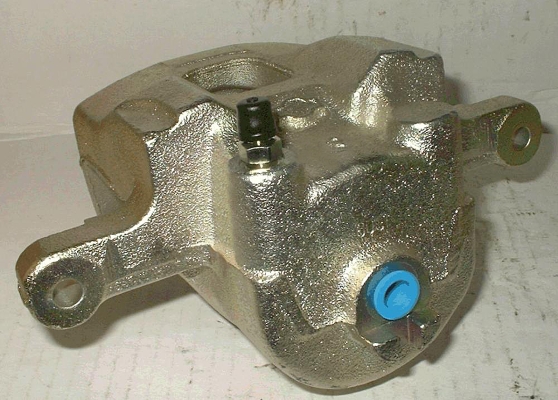 Go Back
1 review(s)
€123.93
Facebook
E-Mail
Print
Reviews
There is no reviews yet
Charles Ocheret
Good quality! Super fast delivery. Thank you a lot :)

A caliper is a caliper-shaped body that houses one or more brake cylinders. During braking, the hydraulics act on the pistons in the cylinders, and they press on the pads, pressing them against the brake disc and thus slowing down the rotation of the wheel.

The REMY brand Brake Caliper is installed above the brake disc. The caliper is usually made of cast iron, less often of an aluminum-based alloy. Its design can have a fixed or floating bracket.

The construction of the brake caliper

The forces are transmitted via the highway to the front or rear caliper. The fluid drives the brake piston. He pushes the pads towards the disc. Each caliper can have from one to eight cylinders. A rubber boot, the condition of which largely determines the correct operation of the brakes, protects each piston. Moisture and dirt ingress through a ruptured boot is the most common cause of piston corrosion and seizure. A cuff installed inside prevents the leakage of the working fluid from the cylinder.