FLYWHEEL FOR RENAULT LAGUNA/II/Grandtour/Sport/Tourer ESPACE/IV/Mk 1.9L 4cyl VALEO 836538 Elart - Auto Parts & Accessories
Warning!
Payment(s) was overdue. Some functions are locked. Please, check your order information.
Warning!
It looks like that you've added max quantity of this product to cart.
Warning!
It looks like that you've exceeded max quantity for this product. Available quantity: 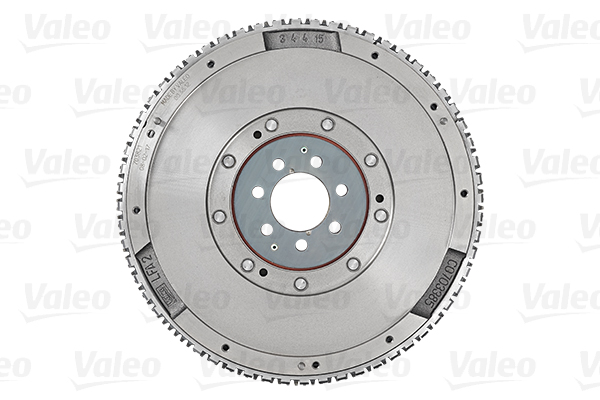 Go Back
1 review(s)
€217.69
-
+
4 items in stock
Facebook
E-Mail
Print
Reviews
There is no reviews yet
Charles Ocheret
Good quality! Super fast delivery. Thank you a lot :)

The flywheel or clutch drive plate is designed to rotate the crankshaft evenly and transfer torque to the gearbox. Thanks to this device, the engine starts from the starter.

A flywheel is a large steel disc with several holes in the center for attaching to the crankshaft and one for a bearing or bushing. This bearing is connected to the input shaft of the mechanical box. For alignment with the starter bendix, a crown is used, which is a toothed ring located around the perimeter of the flywheel. This part is located at the end of the crankshaft, on the other side it is bolted to the clutch basket.

The construction of the flywheel

The VALEO brand Flywheel of a solid design has found the most widespread use on cars. It is a massive cast-iron disc with a diameter of 30 to 40 centimeters. A steel toothed ring is pressed onto the outer surface of the disc, which provides cranking of the crankshaft when the engine is started with a starter. On one side of the flywheel, a hub is made for attaching to the crankshaft flange, the other side acts as a driving clutch disc.